England tour of India starts with test series and then we move on to the ODI’s and T20I’s. The squad for the first two tests are already in Chennai, M.A.Chidambaram Stadium. Both teams will be starting their practice from today and will be playing the 1st two test matches in Chennai only. Later both teams will move on to Motera Stadium, where the it has a capacity to accommodate 1 lakh viewers in general.

In Motera the teams will play one D/N test match and one Day test match. This particular cricket betting tip is for the 1st test between INDvsENG and the betting odds are from dafabet sports, it is one of the best cricket betting sites in India and also in entire Asia. Let’s go and find the complete expert analysis for the match starting on 05.02.2021.

England has come up with a very good squad and also they have a backing of a series win against Sri Lanka before they landed up in India. Most of the players are in prime form, the only concern for England would be their openers. Coming to India they have a much balanced attack, home matches advantage and they are coming off a great win against Australia in Australia and retained the border gavaskar trophy with a 2-1 win in 4 test match series. 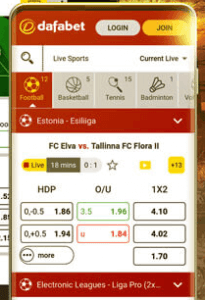 dafabet bonus is one of the highest welcome bonus offer, with the bookie offering almost 16000 INR at a 170% bonus. The bonus can be claimed through the dafabet app, this cricket betting apps in India are available in both ios and apk versions.

Our Word: India will win the match

With Virat Kohli coming back to lead the side and he would be hungry to score a hundred asap, as 2020 was the first in 8 years that Kohli went without a hundred in test in a calendar year. The Team India opening slots look set with Rohit Sharma and Shubman Gill made their mark, along with brilliance from Cheteshwar Pujara and Ajinkya Rahane.

Coming to bowling young talents like Mohammed Siraj, Washington Sundar, Shardul Thakur has almost sealed their place in the tests side. India looks very dominant with their squad as the return of Ishant Sharma, Hardik Pandya will give great balance and experience to the bowling unit and the middle order respectively. Hardik Pandya would be an apt replacement for Ravindra Jadeja.

England on the other side have a lot of things to sort out, firstly, the spin favoured Indian pitches. Secondly the impact of RaviChandran Ashwin and Jasprit Bumrah on the English batsmen. This English spin bowling unit is much weaker and inexperienced compared to the previous touring England squads.

England will be hugely dependant on the experienced James Anderson and Stuart Broad who has immense touring experience to Sub-continent and bowling on these pitches. Overall, it will be a huge task for England to survive the 5-day battle against the gigantic Indian team as a whole unit.

NextWIvsBAN 1st test match betting tip
PreviousASvsBH BBL10 betting tip 29.01.2021
We use cookies to ensure that we give you the best experience on our website. If you continue to use this site we will assume that you are happy with it.Ok