PSL 2021 is going to happen from 20th February 2021 to March 22 2021. The PSL 6 or HBL PSL 2021 will be having 6 teams playing about 34 matches during the course of one month. Many international and1 national players have already come to Pakistan. Lahore and Karachi Stadiums will be the venues for the whole PSL season and it is only the 2nd season out of 6 to entirely happen in Pakistan. 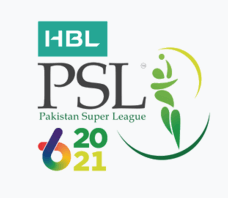 This Particular page is here to give you complete info on the odds for the PSL6 and the squad details. PCB has confirmed that season 6 will be only with 6 teams and only 20% of the stadium will be allowed for fans during the group stages and will increase to 30% or so for the final stage of the game. PSL6, one of the best T20 betting tournaments might be the most viewed season of the Pakistan Super League seasons so far and it will be a huge hit looking at the squads too.

The 1st game of the PSL6 will be played between Karachi Kings vs Quetta Gladiators. The PSL tournament is one of the best T20 League in the world, it gives good competition to IPL betting based on talent and the game tactics, though IPL is way ahead in terms of reach and market size.

Shadab Khan is the captain and Johan Botha is the Head Coach of Islamabad United, which is owned by Ali Naqvi and Aman Naqvi of the Leonine Global investments. They are two-time champions of the PSL all thanks to the legendary Dean Jones and Misbah Ul Haq. For the last couple of years, the team is not doing so great. They would need some brilliant performances to come back and win this PSL6 and also win the tournament for the third time. 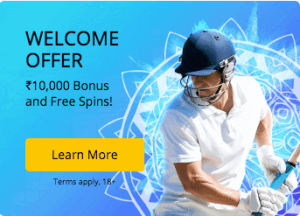 Karachi Kings is owned by Salman Iqbal of ARY Group. The Team is led by Imad Wasim and the Head coach is Dean Jones until he passed away during PSL5. Coincidentally, Karachi Kings have won their maiden PSL title in that year, Herschelle Gibbs had taken over the coaching job in the middle of the season. The Legend Wasim Akram is the bowling mentor and President of the KK team. Coming to the PSL6, the KK team are the retaining Champions and they are once again the strongest teams of the PSL teams.

The LQ team is owned by Fawad Rana of QALCO ltd. Aaqib Javed is the head coach, Sohail Akhtar is the Captain of the Current LQ team. Shaheen Afridi is the brand ambassador and also happens to be the highest wicket-taker and best bowler of the PSL5 season. Except for PSL5 where they were the runners, the rest of all the seasons they were at the bottom of the table. The Current LQ Team is a revamped side and they have the potential to win the PSL6 this time.

Ali Khan Tareen and Alamgir Khan Tareen owns the Multan Sultans Team and Shan Masood is the current captain of the MS team, Andy Flower is the Head Coach. The team has launched in PSL3 and they still have not been able to come up with a commendable performance. Hope this PSL6 will be a turnaround for their performance.

Peshawar Zalmi is owned by Javed Afridi, the team is led by Wahab Riaz and Daren Sammy is the head coach. They are one of the successful franchises of the PSL seasons, they are 2-time winners and 1-time runner ups of the PSL 5 seasons. They have some great players who have vast experience in the T20 format. They are one of the best teams going into the PSL6 teams.

Quetta Gladiators is owned by Nadeem Omar of the Omar Associates. The QG head coach is Moin Khan and the captain is Sarfraz Ahmed. They have won the PSL championship once and they were the runner up twice and they are one of the consistent teams also. 2020 was a bit of disappointment for the QG team and they will bounce back in 2021. 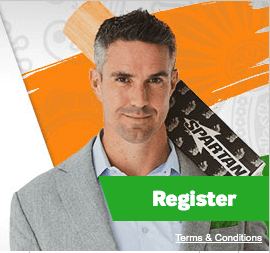 Below are the important stats of the recently concluded PSL5 T20 2020. The below are the major highlights and the crucial players who have made the PSL2020 season one of the best through their brilliant performances as an individual and also as a Team.

Our Tip: PSL6 will be the best

It’s so lucky that the PSL team will be the best as most of the foreign players are coming off from T20 games around the world. Some Players will be coming straight from their International tours and others from the Dubai T10 League. Most of the Pakistani international players are off from the South African series. The 1st match will be between Karachi Kings vs Quetta Gladiators on 20th February 2021, the tournament will happen over a month with overall 34 matches to be played during this period.

It Follows the round-robin method and the top 4 teams of 6 will qualify for the playoffs and then to the finals. Karachi Kings are one of the strongest teams and might give the toughest competitions for others even this time around. Our bet will be with Karachi Kings even this time around. Wishing all the guys to try their hearts out and let the game of Cricket be the winner.